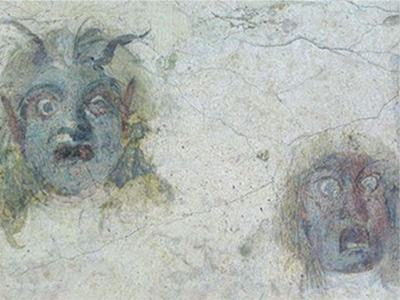 Allie and Amanda meet for a long overdue lunch at a Manhattan bistro.  As resentments boil over and secrets are revealed, the women find themselves facing truth and rage many centuries old. What age-old wrath might be released over organic lentil soup and hand-picked beet salad? 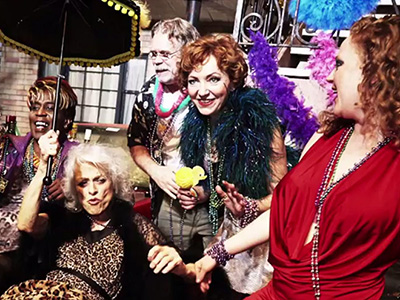 Airline Highway examines a tight knit community of “outsiders” over the course of a single, legendary day. The Hummingbird Hotel is the figurative or literal home for a group of strippers, French Quarter service workers, hustlers, and poets who are bound together by their bad luck, bad decisions, and complete lack of pretense. Presiding over them is Miss Ruby, a beloved former burlesque performer who has requested a funeral before she dies. As the people whose lives she has touched gather to celebrate her, they must face themselves, each other, and the consequences of the choices they have made. Airline Highway shows us the tenuous hold that community, authenticity, and real-time ritual have on a rapidly gentrifying New Orleans.
5M, 5W, 1GNC, Supernumerary roles for 6-20 more.
Purchase the Play HERE 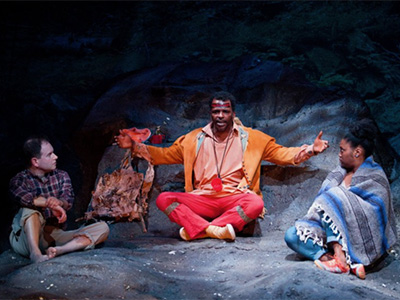 Two couples from Houston, both at threshold points in their lives, decide to go camping in Cherokee, NC in order to try something new. Getting back to nature leads them to many surprising new things, including Josh, a young Cherokee native. A play about daring to uncover your true self and trying to imagine a society where nature and humanity are in sync. 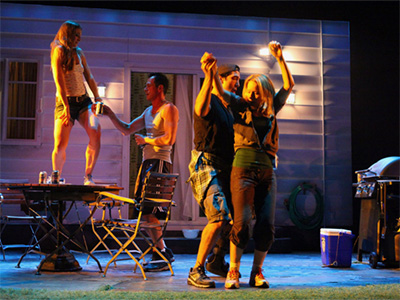 In a first-ring suburb just outside a city that might be Detroit, Ben and Mary see sudden signs of life at the deserted house next door and invite their new neighbors Sharon and Kenny over for a barbecue. As the action unfolds we learn that Sharon and Kenny met at rehab, neither is employed, and they don’t own a stick of furniture. The quintessential American backyard party turns quickly turns into something more dangerous – and filled with potential. 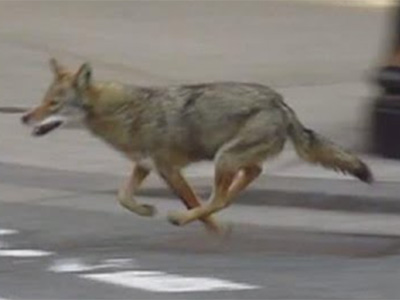 On a summer night in New York City, a wolf is on the loose. Six New Yorkers are trying to find themselves. Will the wolf find them first? And if it does, will they run, or let it in? 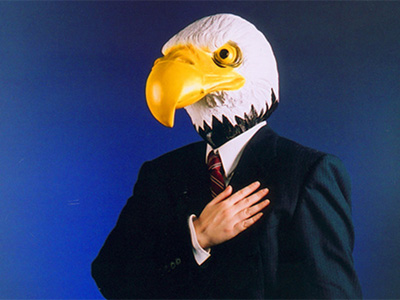 A Full Length Play in One Act

Three days and nights in what might be the last saloon on the edge of an arctic Texas.

“Apocalyptic, strange and wonderfully entertaining, Lisa D’Amour’s Hide Town, created with company members from Infernal Bridegroom Productions, is everything experimental theater should be. Thoughtful and funny, the one-act speeds across a futuristic landscape covered in snow and darkness. No matter that this is Hide Town, Texas—all the sweltering heat and bright sunshine the Lone Star State is so famous for seems to have vanished. Memories and a lonely, rough-hewn bar in the middle of nowhere are all that appear to be left of that mythical world.”
— Lee Williams, Houston Press, Nov. 30, 2006 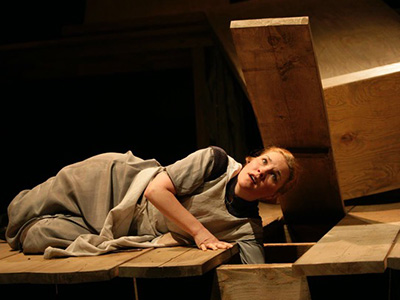 Set in Minneapolis in 1883, this sparse, poetic drama explores one week in the lives of Cyrus and Lottie Finch.   They take in a vagabond couple from the South, who have come upriver looking for work and safety.

“About halfway through Lisa D’Amour’s The Cataract, we see a woman pull an iris out of her eye. Not the eyeball iris, mind you, but the flower, long-stemmed and purple. It’s a fantasy moment, sure, but the woman’s screams as she yanks the plant free sound painfully true. And that’s just where The Cataract lives, caught between symbolism and reality. By refusing to relinquish either style, it taps the potential of both.”
— Variety 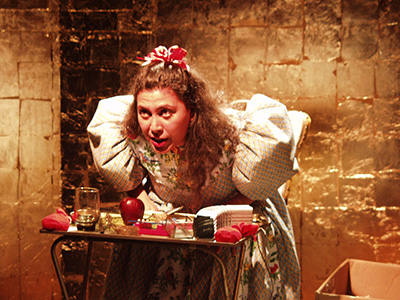 A ghost story to be spoken and sung.

A chamber piece for three women in three chairs. What’s a mother to do when her little girl makes her own girl out of plain, wet earth?

“Its beauty and depth are almost beyond language other than its own…”
— Wayne Allen Brenner, The Austin Chronicle

“A skillfully stylized…wise comment on identity, the violence and inevitability of separation, and the value of both adaptation and detailed self-awareness.”
– The New York Times. 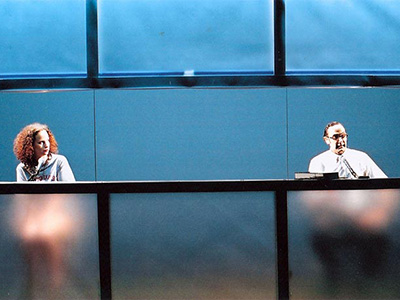 Jane Whithers is searching for the origin of evil, the root of denial, and the basic human weakness that causes us to fear death.   Her quest takes her to the beaches of Florida, the sewers of Texas, the center of the Adriatic Sea, and beyond, as she pursues her childhood friend, Prospero Albright (who might be the key to everything).   A twenty-first century riff on Edgar Allen Poe’s Masque of the Red Death.

“Quest stories are big on linear plot, of course, but what makes Red Death crackle for 70 minutes is D’Amour’s spare and sinister language, which twists and tangles the traditional narrative line….a cunning play.”
– Alisa Solomon, The Village Voice, May, 2002. 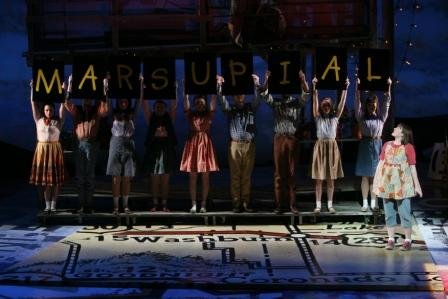 A dreamy adventure through the desert sands of West Texas with Marsupial Girl, not quite a girl and not quite a kangaroo.   A children’s musical with music by Sxip Shirey.

“Idiosyncratic and imaginative…..Is Tale of a West Texas Marsupial Girl an ever-resonant old lesson wrapped in a bright, unique and toe-tapping package? You bet your ten-gallon hat it is.”
— Dominic Papatola, St. Paul Pioneer Press 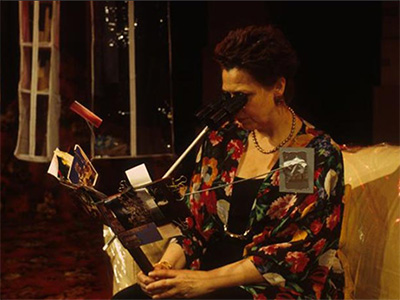 16 Spells to Charm the Beast

Lillian Davis, a metropolitan housewife of great regard, sets out to write her last will and testament in her apartment on the 27th floor of a respectable, rent-controlled building. As she inventories her possessions, she feels the hairs on the back of her neck stand straight up. There is a beast watching her every move, you see. He spies on her through a telescope from the window of his crappy apartment halfway across town. Oh, don’t be silly Lillian, there is no such thing as a beast. She goes to the window. She admires her “view.” She sings a little song. The beast approaches.

“Regarding matters of the heart, [16 Spells to Charm the Beast] describes the pain and beauty of our lives with a lyricism bordering on enchantment.”
— Robert Faires, The Austin Chronicle

16 Spells to Charm the Beast is now available in Funny, Strange, Provacative: Seven 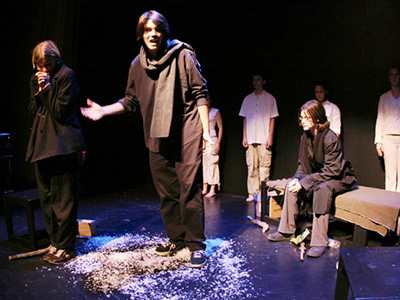 On a chilly night in Duluth, Minnesota, with nothing much to do, Sheila, Kira, and Matt head to a clearing in the woods in search of any kind of excitement. In place of partygoers they find a scrawny, shivering kid who claims to be more than 100 years old. As The Kid enacts his epic story, each teen must face his or her own hopes and fears about identity, adventure, and great love.