For the the past twenty years, I have been making interdisciplinary, often site-specific work with my close collaborator, Katie Pearl.   Please explore our body of work here: 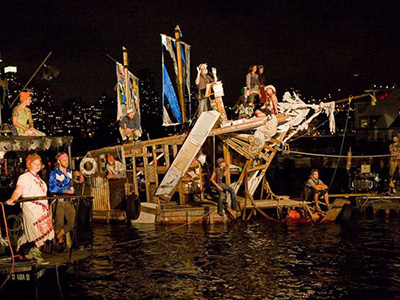 Swimming Cities of the Switchback Sea

This is a performance I made especially for Swoon’s seven handmade boats, designed to navigate the Hudson River from Troy, NY to New York City. We would pull up to a city, put the boats in formation, and perform. 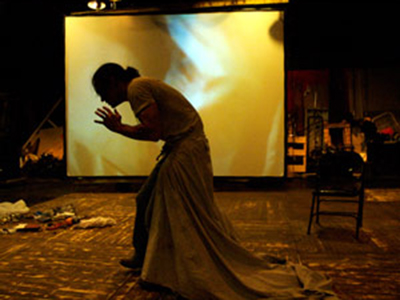 A Would-Be Stanley Kowalski speaks freely about hunger, regret, and the very human desire to GET what you WANT. Performed by Todd D’Amour, with live feed video by Tara Webb.

The New York Times:
“(A) deliciously thought-provoking premise…striking and original … Mr. D’Amour’s message is about wanting and grabbing and getting. To convey it he plays both ends of the spectrum, from the surprisingly analytic to the refreshingly silly.”

Show Business Weekly:
“Arguably the most accomplished theatrical event of the Off-Broadway season… Stanley (2006) is a nonstop thrill-ride on one man’s tragic emotional rollercoaster… the show is a chilling reminder that theater is, in fact, a live event.” 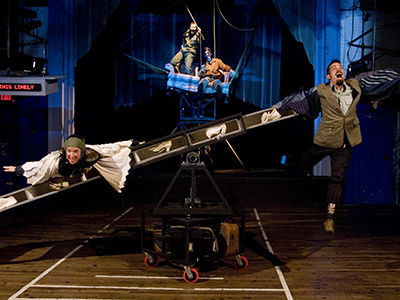 The human quest to fly has inspired humankind to exceed our physical limitations for centuries. This insatiable drive has resulted in innovations that can liberate us from danger one day and reign untold devastation upon us the next. This collaboratively created performance features performers operating human-powered flying machines designed by Jeff Becker. I wrote text with Lisa Shattuck. J Hammons Directed. Music by Sean LaRocca. Video by Courtney Egan. Costumes by Susan Gisleson. Lighting by Selena Poznak and Hannah Adams. Performers: Kathy Randels, Nick Slie, Bruce France, Lisa Shattuck and Ashley Sparks. 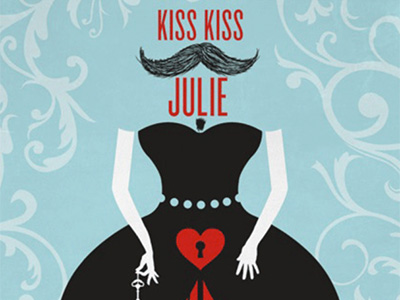 I wrote text and co-devised Kiss Kiss Julie, ArtSpot Productions riff on Strindberg’s Miss Julie.  This site-specific romp began in a former reggae club and ended in a swimming pool, as Julie, liberated from her suicide, nudges her audience through experiments in genderplay. 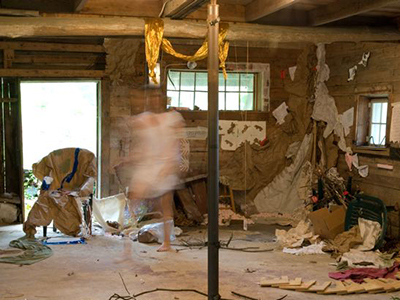 I was asked by the Penland Craft School in North Carolina to make a site-specific performance. I decided to build a nest in an historic log cabin, out of materials I found outside, and some gathered from the different craft studios (pottery, textiles, metalwork, etc.) I worked on the nest consistently for one whole day, about 14 hours. The performance is inspired by a quote in Gaston Bachelard’s Poetics of Space: “Man can do anything but build a bird’s nest.”